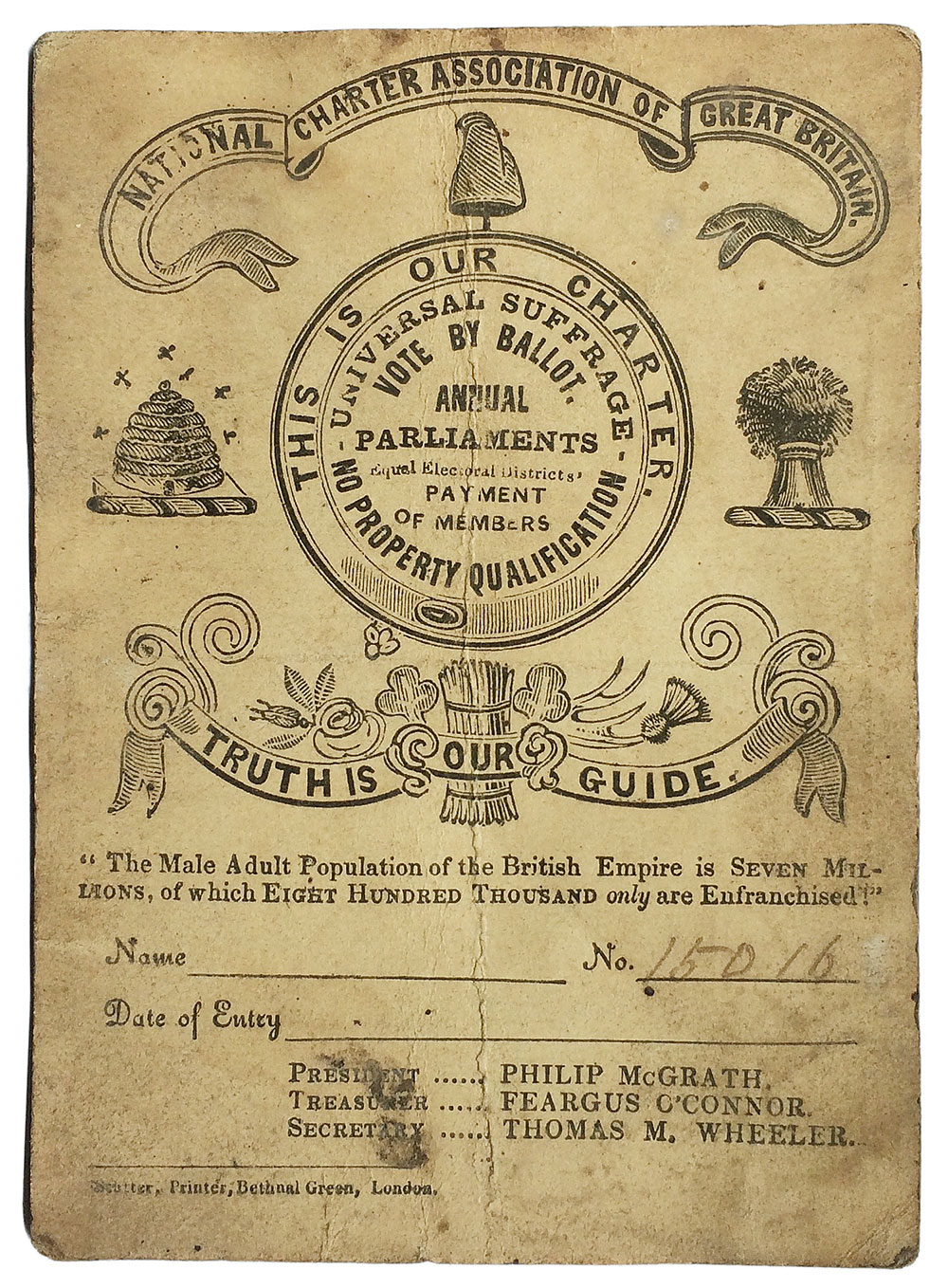 This National Charter Association membership card is in the collection of Mark Crail, and was exhibited at St Mark’s Church, Kennington on the 28th April for Malcolm Chase’s Kennington Chartist Project talk. Mark Crail writes:

The National Charter Association was founded at a conference in Manchester in February 1840.

The front of this membership card includes a rich mix of messages, both direct and symbolic. Below the name of the organisation, which signals its aspiration to nationwide status, are the six points of the Charter, and the motto “Truth is our guide”. There then follows a reminder of the stark fact that just 800,000 men out of an adult male population of seven million were entitled to vote.

It is also worth noting the images that appear on the card: a cap of liberty; a bee hive and a bushel of corn representing industrial and agricultural workers; decoration surrounding the motto denoting the different parts of the country, including an Irish shamrock and Scottish thistle; and finally what appears to be a fasces (although it lacks the usual axe head), symbolising collective power and governance.

Thousands of cards must have been issued, but currently only this one, and two others are known to exist in collections.