Map showing Lambeth and Southwark subscribers to the Chartist Land Plan in the 1840s. Click on the pins for more details.

There are two parts to the research:

– Mapping the Lambeth and Southwark addresses so we get a sense of the distribution and location of local Chartists, and match this to our local knowledge of the areas.

– Detailed research in the census, drawing out some of the characters and stories that might emerge.

ABOUT THE RESEARCH GROUP

The inaugural meeting of the Kennington Chartist Project research group was at the Beehive Pub, 60 Carter St, on Tuesday 15th May 2018. The research group is a small group of local volunteers interested in developing original research on the Chartist presence and impact in Lambeth and Southwark, with the advice and support of historian Katrina Navickas. The research group meets at the Lambeth Archives, Minet Library, 52 Knatchbull Road, London SE5 9QY, usually on the first Monday evening of the month, where it benefits from the helpful assistance of the Lambeth Archives archivists.

Get in touch if you would like to join the research group. No previous experience required. 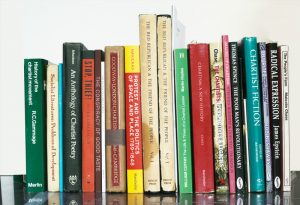 Above is the modest reference library of Chartist books that we have obtained for help with the project, many donated by supporters of the project. Any members of the research group, researchers, or local residents who would like to borrow a book, do get in touch. Below is a full list of the titles.